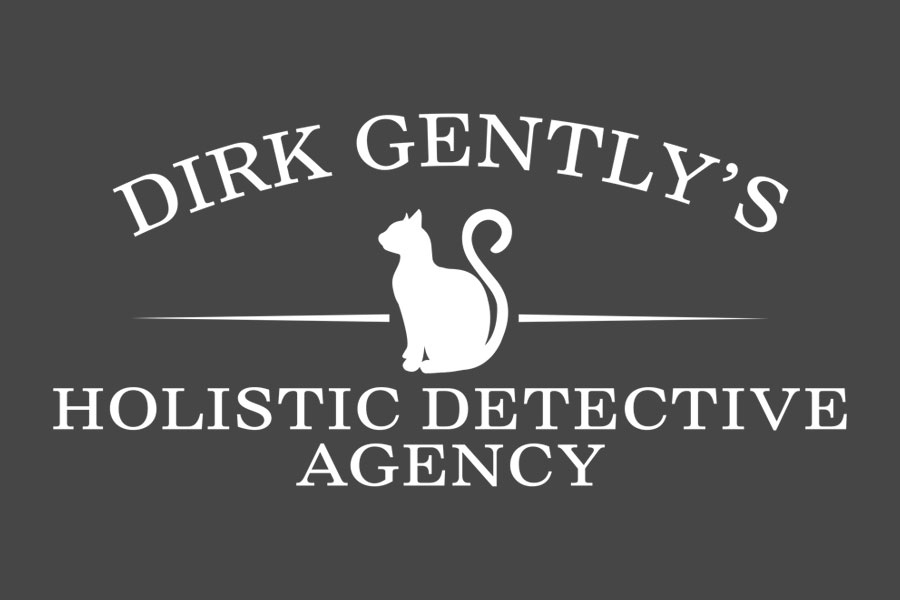 Max Landis To Write The Pilot

San Diego, CA (August 4, 2014) – IDW Entertainment (“IDWE”) and Ideate Media announced today they have optioned the worldwide rights to Douglas Adams’ Dirk Gently’s Holistic Detective Agencynovels. IDWE and Ideate have formed a partnership to co-fund development and co-produce with the intent of securing a direct-to-series commitment. Circle of Confusion will Executive Produce.

Max Landis has been tapped to write the pilot and Executive Produce. Max is the writer of feature films Chronicle, upcoming American Ultrastarring Kirsten Stewart & Jesse Eisenberg, and upcoming Frankensteinstarring Daniel Radcliffe and James McAvoy. Max will also make his directorial debut with the comedy Me, Him, Her starring Haley Joel Osment and Geena Davis in 2015.

After creating the phenomenon that was The Hitchhikers’ Guide to the Galaxy, Douglas Adams went on to write a series of best-selling novels about Dirk Gently, a detective with a belief in the fundamental interconnectedness of all things, a unique relationship with the laws of probability and physics, and a love of cats and pizza.

Dirk Gently is a charismatic, mysterious, troubled, brilliant, figure – cursed with a relentless intellect, psychic powers he doesn’t fully understand or want, a gift for self-mythologizing, and a supernatural ability to detect disturbances in the fabric of reality, Dirk has found a strange calling as a private detective for impossible crimes.

“Alongside the obvious yada yada I’m a lifelong fan, Long Dark Teatime Of The Soul (the second Dirk Gently novel) is one of the best books ever,” said Max Landis. “Douglas Adams is a visionary who forever changed the way science fiction is written and talked about and even thought about and even the way real actual science is thought about and without whom our culture would be noticeably different for the worse, I’d also just like to say holy crap, it’s Dirk Gently. This is any writer’s ultimate project, and in the current TV space, it fits ridiculously well. Imagine a playground where you could come with any mystery, no matter how improbable, convoluted, or totally insane and then, simply by finding the right connections, you could tie it all down to one man, one private eye. If you’re familiar with the property, you know: there’s no freaking rules. Ancient gods? Sure. Larceny and petty crimes? Of course. Extra-dimensional aliens? I mean, probably; as long as you can make it funny, Dirk’s on the case. This is a dream project of mine, no joke, and I absolutely positively couldn’t be happier.”

Ted Adams and David Ozer from IDW Entertainment, Arvind Ethan David and Zainir Aminullah of Ideate, and David Alpert and Rick Jacobs from Circle of Confusion (The Walking Dead) will serve as executive producers.

“Max is one of Hollywood’s most brilliant writers and represents the ideal voice in bringing Dirk Gently to television”, said David Ozer, President of IDW Entertainment.

Arvind Ethan David, Head of Production and Development at Ideate Media, was a friend and protégé of Douglas Adams and brokered the deal with the estate. He commented: “As a student at Oxford, I directed and co-wrote a theatre adaptation of Dirk Gently. To my amazement, Douglas himself came to see the show – and he liked it and helped launch my career. Almost 20 years later, to return to Dirk, and to add the mad genius of Max Landis to the mad genius of Douglas Adams, is a dream come true and proof of what Douglas, (and Dirk), would describe as ‘the fundamental interconnectedness of all things’”.

In addition to the television series, IDW Publishing & Ideate Media will develop a series of Dirk Gentlycomic books for release next spring.

“Douglas Adams himself always maintained that his Dirk Gently novels had much greater dramatic potential than his better known Hitchhiker’s Guide to the Galaxy series.  I think he is about to be proven right — yet again”, said Ed Victor, Douglas Adams’ long time agent and friend.

Max Landis is represented by WME, Behr Abramson Levy, and Circle of Confusion.

About Ideate Media Entertainment
Ideate Media was established in April 2013 by Khazanah Nasional Berhad (the strategic investment arm of the Government of Malaysia) and Astro Overseas Limited (the international division of Malaysia’s leading integrated media entertainment group). Our mission is to develop, produce and commercialize high quality content for global audiences, working across multiple formats and genres.

Ideate develops and seeks out stories, talent and properties suitable to engage global audiences, especially, though not exclusively, stories with Asian elements, settings and themes.

Ideate’s first production is Bubble Bath Bay – a 52 X 11 min children’s animated television series, commissioned by the Australian Broadcasting Corporation and launched at MipCom. Ideate Media is headquartered in Technology Park Malaysia in Kuala Lumpur, under the leadership of CEO Zainir Aminulah; the US operations are headed by Arvind Ethan David.

About IDW Publishing
IDW is an award-winning publisher of comic books, graphic novels and trade paperbacks, based in San Diego, California. Renowned for its diverse catalog of licensed and independent titles, IDW publishes some of the most successful and popular titles in the industry, including: Hasbro’s The TRANSFORMERS, G.I. JOE and MY LITTLE PONY; Paramount’s Star Trek; Nickelodeon’s Teenage Mutant Ninja Turtles; 2000AD’s Judge Dredd; The Rocketeer; Toho’s Godzilla; Wizards of the Coast’s Magic: The Gathering and Dungeons & Dragons; V-Wars from New York Times best-selling author Jonathan Maberry; Ragnarök from Eisner Award-winner Walter Simonson; Winterworld, created by Chuck Dixon and Jorge Zaffino; and Little Nemo from the award-winning duo of Eric Shanower and Gabriel Rodriguez. IDW is also home to the Library of American Comics imprint, which publishes classic comic reprints, Yoe! Books, a partnership with Yoe! Studio, and the multiple award-winning Artist’s Edition imprint.

IDW’s critically- and fan-acclaimed series are continually moving into new mediums. Currently, Jerry Bruckheimer Films and Disney are creating a feature film based on World War Robot; Dwayne “The Rock” Johnson and Warner Brothers are producing a film based on Ashley Wood’s Lore; Michael Bay‘s Platinum Dunes and Sony are bringing Zombies vs. Robots to film, Kurtzman/Orci are producing a movie based on Locke & Key at Universal.